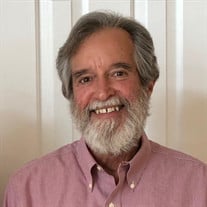 Surrounded by his wife and children, as dusk was falling on April 27, 2021, Bob Schulman, 74, left us for his eternity, after an incredibly brave and all-too-brief six month journey with lung cancer. Robert Stephen Schulman was born in New York, N.Y. on January 3, 1947, son of Maggie and Cy Schulman. When he was two, his family moved to Washington, DC, where Bob graduated from Woodrow Wilson High School in 1964. He attended Carnegie Tech (now Carnegie-Mellon) in Pittsburg, Pa., and received a Bachelor of Science in mathematics in 1968. While teaching in the public school system in Oxon Hill, Md., Bob earned his Master’s degree from the University of Maryland in 1970. At the University of North Carolina in Chapel Hill, N.C., he was awarded a PhD in psychology with a specialty in biometrics in 1974. He then accepted his first, and only, job in the Department of Statistics at Virginia Tech in Blacksburg, Va., where he spent the rest of his career and his life. Bob loved teaching and was inducted into the Virginia Tech Academy of Teaching Excellence. He served as Director of the Department’s Graduate Program as well as Director of the Statistical Consulting Center. After retiring in 2007, Bob endowed the Robert S. Schulman Enrichment Fund for support of the Department of Statistic’s Graduate Program. He also had an active consulting career for over 20 years, teaching a three-day intensive short course on “Statistics in Plain English” for hundreds of companies across the United States. In 1986, Bob met his life companion, Debby Hix, on a blind date, and they were married in Blacksburg on 9/9/89 (so they could easily remember the date!). They designed and built their dream home, which they moved into in 1996, and spent most evenings with a cocktail in hand, enjoying the view across the Ellett Valley. Bob and Debby loved to entertain at their home and hosted dinner parties, house concerts, fund raisers, and lots of other social events. They also frequently went to their water-front condo at Smith Mountain Lake, where they mostly chilled and occasionally took out their boat. After he retired in 2007, some of Bob’s favorite activities were playing duplicate bridge two or three afternoons a week at Blacksburg’s Senior Center, reading story books to children at several local preschools, and playing poker with the same gang of guys every other Thursday evening for almost 40 years. Bob (often reluctantly) traveled the world with Debby, accompanying her to six continents. He would fuss and fret about a trip and then have a grand time on it. He particularly enjoyed the trips with friends and family – cruises, ski trips, beach vacations – especially Rehoboth Beach and the Outer Banks. Bob had many titles: professor, award-winning teacher, accidental tourist, avid skier, Storyman Bob, bridge Ruby Life Master, poker buddy, VT Hokie fan, VT Guy, Bob Humbug, TikTok Grandpa, BS1, Old Timer, Uncle Hershey/Icicle/Flu Bug… But of all his titles, by far his favorites were Dad, Grandpa Bob, and Poppa. He deeply treasured his family and his biggest regret in leaving us too soon was that he won’t get to see his grandchildren grow up and share in their life stories. Bob had excellent and compassionate medical personnel, and he did everything that was asked of him – every treatment, every appointment, every procedure, even when he didn’t feel up to it or didn’t want to – that might give him more quality time. “Team Dad” did everything humanly possible to maximize his time with us and the quality of it. In the end, it was too short, but it was always going to feel that way. Bob is survived by Debby, his wife of almost 32 years; his son Kevin and his wife, Michelle, of Great Falls, Va., and their children, Trey, Finn, Keeley, and Leighton; his daughter Julie and her husband, Ben Hannam, of Chapel Hill, N.C., and their children, Ruby and Beckett; his sister, Susan Kirschenbaum and her husband, Louis, of Kingston, R.I.; and his brother, Jeff Schulman and his wife, Nancy, of Sarasota, Fl. In lieu of flowers, Bob requested you make a donation to the Women’s Resource Center of the New River Valley, 1217 Grove Avenue, Radford, Va. 24141; Town of Blacksburg’s Department of Parks and Recreation, 615 Patrick Henry Drive, Blacksburg, Va. 24060; or a charity of your choice. He also requested that, if you are so inclined, you perform a random act of kindness in his memory. A Celebration of Life service is planned for the afternoon of June 5, 2021 at the Hahn Horticulture Garden in Blacksburg.

Surrounded by his wife and children, as dusk was falling on April 27, 2021, Bob Schulman, 74, left us for his eternity, after an incredibly brave and all-too-brief six month journey with lung cancer. Robert Stephen Schulman was born in New... View Obituary & Service Information

The family of Robert Stephen Schulman created this Life Tributes page to make it easy to share your memories.

Surrounded by his wife and children, as dusk was falling on April...

Send flowers to the Schulman family.