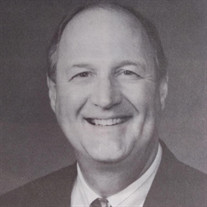 Ray Douglas Pethtel Jr., 83, of Christiansburg Virginia, passed away peacefully with family by his side, Saturday, September 12, 2020. He was born in Gallipolis Ohio and graduated from Ken Hi in New Kensington, Pennsylvania. He joined the United States Army at 17, was stationed at Fort Richardson, Elmendorf Air Force Base, Anchorage Alaska and obtained the rank of Corporal. Ray was a proud graduate of Penn State, he held a Bachelors of Arts and Masters of Public Administration. After college, Ray began his career in the budget office for the State of New York, then as Administrative Assistant to the Speaker of the House for the New York State Legislature. He continued his career in Washington D.C. as Director of Administration for the American Society for Public Administration. He then returned to New York State Government to serve as the Assistant Director for the Commission on Expenditure Review before coming to Virginia to be the first director of JLARC that was created by the General Assembly in 1973. He developed a highly talented and dedicated group of professionals who became many of the future leaders in several State agencies. He was devoted to pursuing excellence in government services through the dozens of performance audits conducted during his tenure. JLARC was awarded many honors for its outstanding work. The series of reports related to transportation caused Governor Gerald Baliles to appoint him to be the Commissioner of VDOT. Ray was responsible for helping to write the legislation and get passed the largest Transportation package to ever pass the General Assembly at that time. Governor Baliles then directed him to implement this program. Serving for 8 years as Commissioner (for Governors Baliles and Wilder,) the longest tenure that no other Commissioner since has accomplished, he left an indelible legacy at VDOT through the delivery of hundreds of transportation projects, his mentorship of young leaders, his dedication to continuous improvement of agency practices and his commitment to greatly improved communications with the public about all aspects of VDOT programs and projects. Not one to sit on his laurels, he became the Director of the Virginia Tech Transportation Institute which has become a premiere transportation research organization. Through his support for the construction of the Smart Road, the facilities and his early leadership, VTTI is now a nationally and internationally recognized transportation research organization. Additionally, he taught in the public administration programs at Virginia Tech and Virginia Commonwealth University, continuing his legacy of mentoring, educating and inspiring young people to public service. Ray received many awards for his outstanding achievements over his lifetime; to include Penn State Alumni Fellow; Roanoke-Blacksburg Technology Hall of Fame; New Century Region High Tech Leadership Award; American Society of Highway Engineers Robert E. Person P.E. Person of the Year Award; the Rotary Foundation International Paul Harris Fellow and the Virginia Tech University Transportation Fellow. He was widely recognised for his strong commitment to ensure equal opportunities for women and minorities in Business Enterprise Programs and to increase diversity in key leadership positions. He loved golf, football, Willie Nelson, songs about Georgia, looking good; good food, good drinks and good jokes, not necessarily in that order. And most of all he loved his wife, Mary Jane, and his three daughters, Jennifer, Leslie and Judy, his grandchildren Austin, Stephanie and Kathleen, his sons-in-law Tom, Ken and Scott and many dogs and grand dogs. In lieu of flowers, contributions may be made in his name to St. Jude Children's Research Hospital. Arrangements by McCoy Funeral Home, Blacksburg.

Ray Douglas Pethtel Jr., 83, of Christiansburg Virginia, passed away peacefully with family by his side, Saturday, September 12, 2020. He was born in Gallipolis Ohio and graduated from Ken Hi in New Kensington, Pennsylvania. He joined the... View Obituary & Service Information

The family of Ray Douglas Pethtel Jr. created this Life Tributes page to make it easy to share your memories.

Send flowers to the Pethtel family.