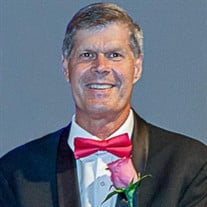 Jack Raffensberger Jr. 62, passed away unexpectedly on Saturday, Jan. 30, 2021 @ Carilion Roanoke Memorial, Roanoke, VA due to complications from Mantel Cell and T cell Non Hodgkin's Lymphoma and recently was diagnosed with Hodgkin’s Lymphoma. was born on 01-02-1959, in Girard, PA, the son of Jack, Sr. and Janet (Hayes) Raffensberger. Preceding him in passing: Parents: Jack and Janet Raffensberger, Paternal Grandparents, Raymond and Evelyn (Daggett) Raffensberger, Maternal Grandparents, Robert and Thelma (Lawrence) Hayes, and a uncle, Jerry Raymond Raffensberger.  Jack graduated from Girard High School, class of 1977.  Following graduation, Jack worked for the Girard School District for 29 years, and continued his hard work ethics with the Montgomery County School District until his diagnosis with Lymphoma in June, 2020.  Survivors include his loving wife (Cristal Huff Raffensberger) Cristal’s children and Papa’s Jack’s grandchildren: Cristy (Keith) Keiper, grandchildren, Zachary Huff and Kaylin Keiper of Dublin, VA and Sabrina (Andy) Rutledge and grandson, Colton of Narrows, VA. Jack’s daughter Alicia Raffensberger Tellers (Michael) and Papa Jack’s grandchildren, Anthony, Owen and Cecilia Tellers of Erie, PA. Jack is also survived by his six siblings:  Debra (Thomas) Karwoski, Sue (Paul) Frey, Sandy, Karen, Sheri Raffensberger and his brother, Jeffrey (Denise) Raffensberger.  Survived also by many nieces and nephews, as well as his Uncle & Aunt, Richard and (Dottie) Hayes of Albion, PA. Jack was mostly known for his quick wit and big heart to all those he was in contact with, especially the special needs students.  Jack was one of the “Good Guys”, always positive and happy-go-lucky!  He will forever be loved and cherished through the countless (funny) memories we have all made with him throughout the years. The family would like to thank the staff and children at Auburn Elementary School for all of the love and support they provided “Mr. Jack”. In lieu of flowers please plant a tree in Jack’s memory. A memorial service will be Saturday, February 20, 2021 at 4:00 pm in the McCoy Funeral Home Chapel with Rev. Neal Turner officiating. The family will receive friends from 3:00 pm until service time. Arrangements by McCoy Funeral Home, Blacksburg.

The family of Jack Raffensberger Jr. created this Life Tributes page to make it easy to share your memories.

Send flowers to the Raffensberger family.