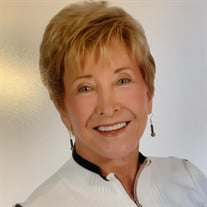 Not sure what to send?

Dawn Elizabeth Musser, 84, of Blacksburg, VA joined a host of saints and her beloved Lord and Savior Jesus Christ in heaven on January 10, 2022. She was born April 27, 1937, in Red Lion, PA. to the late Henry Franklin Burg and Grace Viola Flaherty Burg. Dawn graduated from Red Lion High School in 1955. Her Junior and Senior years she was baton twirling champion for the state of PA, won the National Championship and led the inaugural parade for the PA Governor her senior year. She attended Gettysburg College on a baton twirling scholarship and graduated with a BA of Science in Physical Education in 1959. She married Stanton Richard Musser later that year, and they lived in numerous locations; before moving to Blacksburg in 1998, when he became Commandant of the Cadet Corp at Virginia Tech. Dawn’s career is closely related to the many moves (22) she made with her husband during his U.S Air Force career, living in ten states and two foreign countries. Depending on where they lived, it was a combination of teaching physical education in the public schools, teaching baton twirling, homemaker, leadership roles in many Officer’s Wives Clubs, hosting functions required of an officer, various jobs with the Heart Assoc. and many volunteer jobs.   In her daily prayers, she thanked God for the many blessings she had received that had provided her with such a wonderful life. A life that included two loving husbands and family, and numerous caring friends. After her first husband Stan, died in 2012, she was adamant that she would never marry again, but God had other plans. He arranged for her and Dick Arnold to meet and they were married in 2016 and had a wonderful life together. They often praised God for placing them together in the winter of their lives. She had a strong faith, nurtured through active participation in the Blacksburg United Methodist Church. She loved the beauty of the valley in which her home was located nestled in among the mountains. Dawn was known for being a great hostess, and making people feel welcome with her kindness and warm smile. In the community she was a member of the Blacksburg Country Club, Blacksburg Sports Club, and at Virginia Tech she was a member of Ut Prosim Society, the Hokie Club, and was a long-time advisor to the Delta Gamma Sorority. She loved to travel, especially in their RV and on cruises, being a homemaker, attending Virginia Tech athletic events, theater, and concerts. She lived life fully. Dawn is survived by her second husband, Richard M. Arnold of Blacksburg, VA, her son Scott (Janeal) Musser of Niceville, FL, and daughter Shari (Greg) Jones of Spring, TX. In addition, sisters Alta (John) Richardson and Joyce Melhorn, brother Earl (Dawn) Burg, and grandsons Cole and Clay Jones, Sean (Star), Ryan, Alec, and Bret (Tiffany) Musser. Also, great grandchildren; Briar, Arya and Eowyn Musser, stepchildren, Brad (Irena) Arnold, Sharon (Greg) Johnston, Stephanie Arnold Hern, step-grandchildren; Emily (Kris) Koch, Eliza (Jonathan) Blum, Allyson, Will and Sarah Hern, Cezar Cozianu and Alex Arnold, step great grandchildren James and Ellie Koch, and stepsisters Janet Arnold Kirk and Karen Arnold Jaworski. She was preceded in death by her parents, late husband Major General Stanton Musser, and daughter Kristin Musser Asbury. The family would like to thank Drs. Keating, Thompson and Strati and their staffs at M.D. Anderson Cancer Center in Houston, and the staff of Good Samaritan Hospice, for the kind and loving care given to Dawn. In lieu of flowers, the family is requesting that donations be made to M.D. Anderson Cancer Center, 1515 Holcombe St., Houston, TX 77030, or Blacksburg United Methodist Church, 111 Church St., Blacksburg, VA 24060.   A Memorial Service is planned for Saturday, January 22nd. at 11:00am at Blacksburg United Methodist Church, followed by a reception. Masks will be required for the service. Burial will be at a later TBD date at Arlington National Cemetery. .

Dawn Elizabeth Musser, 84, of Blacksburg, VA joined a host of saints and her beloved Lord and Savior Jesus Christ in heaven on January 10, 2022. She was born April 27, 1937, in Red Lion, PA. to the late Henry Franklin Burg and Grace Viola... View Obituary & Service Information

The family of Dawn Elizabeth Musser created this Life Tributes page to make it easy to share your memories.

Dawn Elizabeth Musser, 84, of Blacksburg, VA joined a host of...

Send flowers to the Musser family.