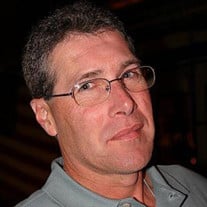 David Allen Hosner died peacefully on January 4, 2021 after a long, courageous battle with Crohn’s Disease, followed by an insurmountable fight with gastric cancer. David lovingly entered the heavenly gates with his wife Patsy, his stepmother Tenna, friend Silvia Jones, and pastor Kelly Shushock by his side. Born on March 3, 1955 in Carbondale, IL, David was a true friend to all. He graduated from Blacksburg High School and Ferrum College and attended Virginia Tech majoring in Forestry. As a young man, David learned the electrical trade, wiring many homes in Blacksburg, including his own. He was employed by Virginia Tech for 41 years working in various positions in the Facilities Department. David was a life-time member of the Blacksburg Fire Department, serving for a total of 48 years. He was also a member of the Blacksburg Rescue Service, serving for 12 years. David greatly admired his father John Hosner. In fact, John’s military service in World War II led to a fascination with all things military, especially World War II stores. During his youth, David and his father John spent many hours fishing, hunting, and working together outdoors. In John’s later years, David was often his father’s sidekick helping him to break (John’s wife) Tenna’s “rules.” David loved his roots, spending almost every summer at his mother Irene’s family farm in Ewing, IL, with his late grandfather Rolla Neal, late uncle Bill Neal, cousin Charles Neal, and most of the Neal relatives. He would often go to Missouri to visit the Hosner side of the family too. In 1990, he married Patsy and spent the next 31 years with his partner in life mowing grass, riding horses, traveling, and just spending time together. They were true soulmates. David was proud of his many accomplishments, especially his son Jason who now lives in Berlin, Germany. Although they were not always together as Jason grew up, David always supported Jason in his many endeavors. David enjoyed riding his quarter horse, Penny who Patsy often referred to as his “mistress.” He also tinkered with a 1972 Super Beetle that he rebuilt in the mid- 1990s swearing that it would be up and running any day and this time you would not smell like exhaust if you rode with him. In addition to Patsy, David is survived by his son, Jason and his husband Frédéric; his mother Irene Hosner (Gilbert, AZ); stepmother Tenna Hosner (Blacksburg); sister Angela Serody (Houston, TX); niece Sara Serody (Houston, TX) and nephew Dylan Serody (New Orleans, LA); many cousins and friends (including Charles and Barbara Neal of Ewing, IL); and beloved animals Elvis (shih tzu) and Penny (quarter horse). He is predeceased by his father John F. Hosner. David loved and cherished them all. The family wishes to thank the Blacksburg Volunteer Fire Department for their faithful friendship and support; the Blacksburg Volunteer Rescue Squad and Paris Mountain Stables (Rick & Elizabeth Hyde) for providing David with a final visit with his dear Penny Rose; Good Samaritan Hospice (especially Gwen Spangler); Dr. Jerome Goldschmidt and Dr. Tony Ringold and their staffs; the Kennedy Avenue neighbors, and Pastor Kelly Shushock for coming out of retirement to help us through David’s final journey on earth. In lieu of flowers, please consider making a donation to the Blacksburg Volunteer Fire Department or the Blacksburg Volunteer Rescue Squad. Due to COVID restrictions, a celebration of life will be held in September 2021.

The family of David Allen Hosner created this Life Tributes page to make it easy to share your memories.

David Allen Hosner died peacefully on January 4, 2021 after a...

Send flowers to the Hosner family.