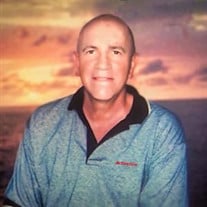 Charles Earl Tilson, Jr, age 79, of Blacksburg, VA passed away on Saturday, April 18, 2020. He was born on November 18, 1940, to the late Charles Earl, Sr. and Helen Flowers Tilson. He was preceded in death by his wife, Faye Smith Tilson. He is survived by his daughters and sons-in-law, Lee Tilson-Strand (Mike) of Chapel Hill, NC, Sarah Tilson-Miano (Marc) of Radford, VA and son and daughter-in-law, Charles E. (Trey) Tilson III (Shane) of Lexington, VA., his sister and brother-in-law, Cathy Comer (Ed) of Harrisonburg, VA., sister-in-law, Kay Brown and fiancé Jody Chapman of Asheville, NC, and brother-in-law, Jim Smith, four grandchildren, Joey and Chris Strand and Olivia and Calvin Tilson. He is also survived by many nieces and nephews. His devoted staff, Kim Owens and Janice Dove Hodge. Charles was born in Roanoke, VA and was raised in Pulaski County, VA. He was a 1959 graduate of Dublin High School. He attended the Air Force Academy and was a 1966 graduate of Virginia Tech with a BS in Agricultural Engineering. He worked for the TVA and became a State Farm Agent in 1967 in Tupelo, MS. He later moved to Northern VA and then to Pulaski, VA where he managed the “Trailmakers” Team of State Farm agents. When the right time came, he was able to return to his favorite place, Blacksburg, VA and go back into agency. Charles took over the Gale Echols’ agency in 1995 and remained there until the time of his death. He was a devoted State Farm employee. He received many prestigious awards during his State Farm career including the Chairman’s Circle award. He is the only agent in the area to receive this award. He was an avid Hokie fan and a member of the Hokie Club for 32 years and was a Hokie Benefactor. He was also a member and proud sponsor of the Blacksburg Sports Club. He loved his family and was very proud that his children became State Farm agents. Charles and Faye loved to entertain and travel. They especially enjoyed hosting Hokie football game days at their home. He was a friend to all who knew him. He had a heart of gold and was available to assist those in need. He will always be remembered for sharing his positive attitude. In lieu of flowers, donations can be made to the American Cancer Society @ 1-800-227-2345 or www.cancer.org. State Farm Agents can make donations @ www.cybergrants.com/statefarm/gives . Also, donations can be made to Habitat for Humanity @ www.Habitat.org or call 1-800-422-4828. A celebration of his life will be announced at a later date. Arrangements by McCoy Funeral Home, Blacksburg, VA.

Charles Earl Tilson, Jr, age 79, of Blacksburg, VA passed away on Saturday, April 18, 2020. He was born on November 18, 1940, to the late Charles Earl, Sr. and Helen Flowers Tilson. He was preceded in death by his wife, Faye Smith Tilson.... View Obituary & Service Information

The family of Charles Earl Tilson Jr. created this Life Tributes page to make it easy to share your memories.

Send flowers to the Tilson family.